Our man Egoless has been putting out some of the best quality dub and alternative bass music for a long time now. After pushing the boundaries in his Lion Charge release of 2014 it was evident that he would be held in great regard by the scene. Hailing from Zagreb, Egoless is an extremely talented multi-instrumentalist who, unlike most, samples and plays his own instruments using a lot of traditional analogue equipment such as mixing boards and limited amounts of software. Delving into his extensive collections on band camp, one can marvel at the fantastic dynamism and energy of his production. From the gritty double-time steppers of In This World to the beautiful beach sunset vibes of Black Dub – Egoless drives his sound with a truly organic vigour. This raw element really shines through his production and, as used by the original Dub creators such as King Tubby, the techniques bring an extraordinarily gritty aesthetic. From simply viewing his Instagram, we can all appreciate his skill as a sound engineer. Filming snippets of himself playing with modular synths in his home studio that looks more like a space ship than anything else, Egoless creates noises straight out of another realm and somehow harnesses and adapts them for our humble human ears. 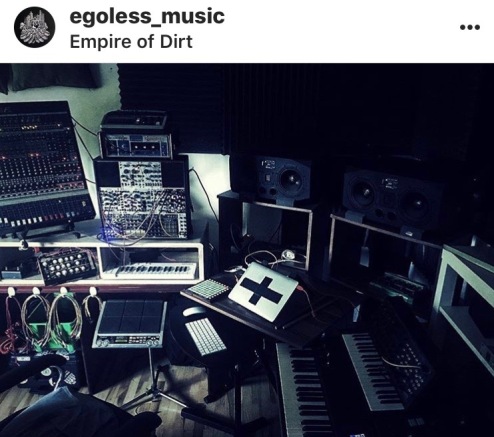 Having been to his live shows countless times, it’s evident that Egoless’ original flare is not restricted to his studio. Unlike most DJ’s, he chooses not to use the common CDJ’s, instead he brings with him a large mixing desk – creating live remixes and versions of tunes on the spot. This live performance is truly an experience, with weighty drops and hypnotic breaks in the music where track introductions are looped and synths are suspended in the air. That traditional Dub feel is always maintained throughout his sets, whether it’s a live remix of a 70s Dub record or simply just the good vibes amongst the crowd – there is a certain warmth to it. 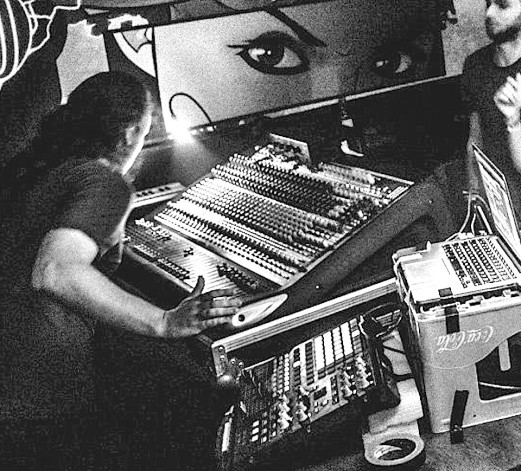 Focusing more on his most recent release on Youngsta’s Sentry Records, Decolonize – we are met with Egoless’ darker, more modern sound. In a similar style to his earlier DEEP MEDI release this year, Empire of Dirt, he has taken influence from several Middle Eastern instruments – revamping them with his raw, bass-heavy style. Having heard that track played live with the tumbling panpipes cutting through the sound, it’s hard to believe that he could possibly top such a tune. Nevertheless, Decolonize on the A-side brought this view into question.

The track is introduced by a single spacey frequency that hangs in the air, it slides from the left to the right stereo, effortlessly foreshadowing greatness. The slow progression of this track continues as the iconic Indian sitar sample is introduced – a classical riff sounds out as if charming something sinister. The notes retreat to form a more simplistic rhythm, counting down towards the release of the beast. These are repeated in an ominous beat with an almost tribal feel being brought by a heavy kick drum. When the bass comes in we are given very little warning – a faint voice yells ‘on the ground motherfucker’ and that’s it. We are met with that ethereal raw element of Egoless’ sound as it picks you up and slaps you in the face. The sound can only be described as a heavily mutated brass band playing a fanfare straight out of hell. It’s incredible. As the track continues, we can literally hear the sonic elements of the song being pushed out of their comfort zone and distorted – most clearly heard in the panpipe that is shredded at the end of each note. Egoless has embraced the effects of pushing his sound, and most of all his equipment to its limits – bringing that traditional grit back in a new form.

Global kicks off in a more aggressive fashion – a fog horn like sound plays out as the war drums are picked up and smashed again. A shrill flute cuts through – bringing back those Egyptian vibes that Egoless has so effectively captured. The beat stops for a second and then returns in double time, joined by the Indian sitar. The tapping bongos and flute uplift the track, giving it a colourful, Bollywood feel. Egoless maintains his mutated brass fanfare in short blasts, however restricts the darkness a lot more in this track compared to its A-side companion. Egoless has managed to use his traditional production style and gritty influence to take such beautiful Middle Eastern samples and craft them into something dark, heavy and wonderful. We very much look forward to seeing what he has in store at Outlook.

☯︎ Meditate on bass-weight ☯︎ View all posts by JimmyC 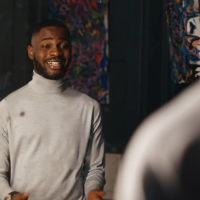