As an MC who has been shelling down jungle raves and pirate radio sets for 20 years it’s almost unbelievable that this is D Double E’s first solo studio album. Featuring production from Grime scene staples Swifta Beater and Sir Spyro, long-time collaborators Swindle and Diamondz, fellow Newham General Footsie and more; Double uses his unique mixture of anglicised Patois, boisterous ad-libs and unorthodox intonation to deliver an album that many MCs couldn’t match with a greatest hits compilation.

After a hilarious opening skit in which D Double plays a radio DJ and interviews himself, the Newham native gets straight into the bars on ‘Bark It’. Over the Diamondz produced beat he spits the lyrics “I’ll turn your snapback into a visor/should’ve been smarter, should’ve been wiser” – setting the tone for an album on which the MC not only reaffirms his credentials as a lyricist, but issues a warning to anyone coming at him lyrically or physically – you best come correct.

On the next track, ‘Flatmate’, he ramps up the energy even further with the assistance of some vintage Swifta production – loaded with bass and spattered with punchy synths the sound is genuinely authentic Grime. It perfectly complements the miniature one-line-flow he uses in the middle of the hook “I will come to your yard to your flat mate/lick down you, and your flatmate/Can’t get away cos your tyres flat mate” to deliver a track that sounds like it’s come straight out of ’06.

Much like Novelist earlier this year, Double doesn’t feel the need to shy away from a traditional grime sound too much at all, resulting in a cohesive project that highlights all of the MC’s best features. Punctuated by the occasional skit we get 16 musical tracks filled with the kind of wordplay that only works for Double with his off-kilter intonation and timing. Additionally he comes with a substantial helping of his characteristic humour and a glimpse into his lifestyle and how it has changed over the years. On ‘Lookman’ he is reflective on his success; “I’ve had wins and losses/Now I got chains and watches/ Now I got yards and cotches/ Same as all the gangsters and the bosses” and on ‘Back then’ he takes a humorous look back on how times have changed since he was coming up. Hooking up with Swindle once again he brings a mixture of nostalgia – “back in the day used to sit down with my family/and watch top of the pops/back in the day my trim was low/Now, I got the sharpest box” – and content – “Back in the day I used to murk jungle/Now, manaman murk Grime” – that, with the video released alongside (below) it (prior to the album drop), make it a standout.

Like all the best albums, features are used sparingly but to great effect. The Rude Kid beat on ‘Lookman’ utilises a synth more akin to a drill beat, perfectly complimenting the delivery of Section Boys’ Littlez. Later, ‘Nang’ – where he teams up with Skepta is another highlight; the latter rightly observes on his verse that a combo of such calibre is “taking the piss”. However, perhaps the best guest verse is delivered by a relative newcomer, on ‘Natural Organic’ AJ Tracey conforms to the blueprint of the album with a return to the Grime sound that established him. Though he has switched it up with recent releases, particularly over the last year, he still sounds natural as ever as he rides the beat with consummate ease. Lyrics such as “I’m tryna stack dough tryna feed my mums/ I had to push work in the west end slums” are a reminder of his talent and how far he has come.

The album, in its strict adherence to a Grime-y London sound, pays homage to all things UK and celebrates the music of these shores. Wiley, on ‘Better than the Rest’, is explicit in his rejection of foreign influence – “I’m not a Drake, or a Wayne/Or a Jay Z or a Kanye West MC/I’m a cheese, lemon zest MC/Dallas, Falcon Crest MC”. The only American influence is on ‘Trippin’ – an absolute heater of a track on which Diamondz weaves together a violin, synths, snares and thunderous 808 to create one of this year’s greaziest beats. The American influence comes from the Newham Gen’s love of basketball, dropping similes involving Shaquille O’Neal, Scottie Pippen and the great Michael Jordan among others; the stateside connection stops there though, the hook – “I come first not second or third/but the .45 will send a man to the hearse” – is delivered with pure East London venom.

As Grime albums go, this one is up there with the very best: authentic, at times vicious, and delivered with the kind of intent that few people possess; having been in the game for over 20 years, this debut is worth the wait. As a huge fan, I was nervous as to whether Double could mix the ingredients that have given him such an extensive list of singles, guest verses and EPs into an LP worth savouring; safe to say I needn’t have worried. 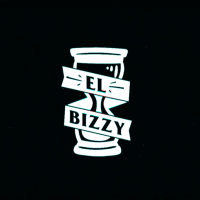