TMSV is one of, if not the most renowned dubstep producers from the Netherlands and has been in the game for a while now. His manifold and disparate influences are channelled into his production in a distinctive style at 140 bpm, although he does venture into higher tempos, with halftime and occasionally more traditional drum & bass interspersed amongst his oeuvre. Zoned Out is an EP in which he makes perhaps his furthest foray from a “traditional” dubstep sound yet. While never leaving the titular theme he creates with soft, droning synths, elements of grime increase as the EP proceeds – something TMSV has certainly touched on before – such as in the 2016 release with Taiko Shot/Bang Thing, which featured Flowdan on the A-side.

The fact that this EP was released on White Peach, the label that is currently running the game in many departments, is surely a notable factor in explaining the grimier elements that TMSV has incorporated with the utmost care and respect. This is just another in a line of brilliant EPs released on the label this year, with De-Tu’s Koshi and TMSV’s compatriot Hebbe’s 3 Tabs being notable inclusions in the long list. The label’s prominence over this year culminated in many of their releases being included in the soundtrack for The Last Stand, London’s biggest football tournament that has now been taken nationwide in its second incarnation. To find out more and support their community, follow this link http://thelaststand.co.uk/.

The title track, Zoned Out is first up and sets the tone for the rest of the EP. Opening with a melancholic, ambient drone that seems distant in some regard, TMSV brings about the titular vibe right from the get-go. An organic, slow and rolling breakbeat picks up the 140 tempo before the simple, yet powerful bass is introduced. A high, ethereal synth melody follows, topping off the textured sound palette. The tune dwindles back to a set of atmospheric chords before coming to a close.

The second track, Olifant, meaning “elephant” in Dutch, begins with stomping swung quavers that have something of a loose feel to them. The steady, straight percussion combines with the mammoth bass falling on the offbeat, adding to the syncopated vibe. The feel of this track is a lot jollier than the first at the outset. However, soon thereafter, grimey synths and modulated vocals enter the scene, followed by a dose of white noise, to develop the “zoned out” feel from the first track further, in a new environment. In the latter stages, the synths are given more freedom and end the track in style.

No Soul is the penultimate track. Flutes carry the melody as undulating chimes and lightly hooting vocals elicit an air of levity that is swiftly undermined by the heavy, glitchy percussion. Again, chords build the distant sound that recurs throughout the EP, before flanged synths add a jazzy flavour. Brooding, low piano notes induce a sense of conflict that is consequently resolved as the initial theme reappears. Towards the end, the darker elements return to take us into the final track.

The appropriately named Killing Season closes the EP out. Heavily modulated vocal samples and a funereal organ make for a tense opening, before a choppy grime rhythm takes centre-stage. The rough, deep bass completes a jerky and discordant sound flecked with unnerving samples. There is a lull in the middle of the track before all the moving parts are reconstructed in a different order. This time, however, the shriller synths fade into wistful chords and white noise that remind the listener of what this EP is all about.

The darker themes that pick up as the 4 tracks proceed remain in perfect equilibrium with the “zoned out” elements – a difficult feat that TMSV has achieved with resounding success. It is rare that a 4-track EP maintains such a clear, yet still subtle through-line, while each track retains its idiosyncrasies. The tracks become increasingly divergent in their feel to the vibe evoked in the recurrent them, keeping the listener on their toes. There are certainly affectations of what one might wish to call “the White Peach sound” in the more grime-leaning sections, which serve as a welcome and discreet nod to the fantastic link-up at work here. TMSV has pulled out all the stops on this one, synthesising widely varied sounds and themes into a slick, cohesive whole that is as fun and vibey as it is interesting to listen to – a triumph.

☯︎ Meditate on bass-weight ☯︎ View all posts by JimmyC

What We've Been Listening To

@knucks_music has been steadily making waves for a minute now, from finishing uni, to playing Glasto and dropping the very impressive NRG 105 tape - the last couple years have seen him go from strength to strength
After a slew of impressive releases @morgannswann hits us with his new one 'Snow' and it's very icy 🥶
This whole Spotify ting got us all nostalgic - this one was definitely top 2015 days 🔙
"Come check me and eski, we got the best of the best man I'm herbally blessed"
Nahhh @maskgeneral went in way too cold on his @blackboxhub freestyle, wait for that beat to drop 🤯 @sixfoor on produkky
@el_bizzy goes in hard alongside @prekardashiankanye on Settings - from his new EP Worcester Sauce 🌨️❄️
"You can be the sickest new spitter or goat, still get curried and boxed" 🔥
YOOOO! @sevaqk links up with @aystar @rvpochettino and @scribz6ix7even and you KNOW they just made a banger 😅 Unexpected linkup but it's very cold 🌨️
Words can't describe how much I love @kingpmoney - he's been consistently repping the grime scene for 10+ years through thick and thin. Badman MC 🚿 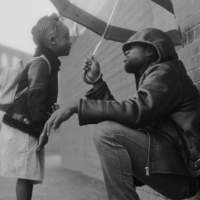 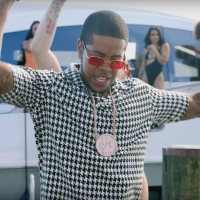